Listen in on the conversation with Dr. Robert Adams on what is NAD, the benefits of activating NAD and what product is best. 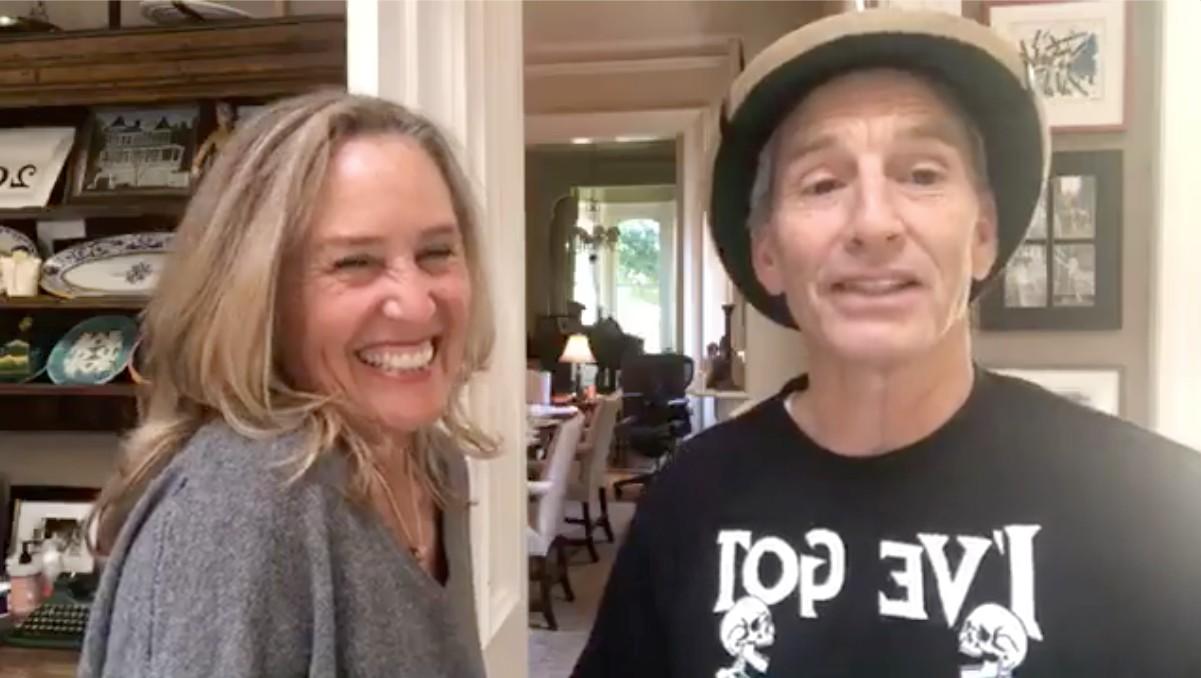 All around the world, people are living longer than ever before. While in the olden days, mortality was fixed at an average of 40 years, this limit has been raised to 70, 80, or even 100 years for some people. It is estimated that by 2050, over 2 billion of the world’s population will consist of people over 60 years of age, with 434 million people being above the age of 80. However, an older age does not come with a very important guarantee- that of health.

There is very little evidence to suggest that the old people of today’s age are experiencing a lifestyle that was significantly better than what their parents or grand- parents had. Even though high- income countries have eliminated almost all high risk factors associated with aging, the same cannot be said for low and moderate risk factors affecting health at an advanced age. Living an extra few years means nothing for most people, if it means a decline in their mental and physical state, making them reliant on other people just to survive.

Physically speaking, aging is almost always defined by white hair, an appearance of wrinkles, and loss in the physical and mental state of the person. However, it is more than likely that your cells started aging at a molecular level much faster than your physical body did. However, this aging is not linear, and can differ from person to person. Which is why some people start declining early, and some are still fine at 80 years of age.

This molecular aging mainly happens wen your cells start to tear down. When this starts happening, there are a number of signs which exhibit themselves, despite the person themselves being unaware of it. Once your cells start aging, you will feel more, tired, lethargic, a noticeable change in your sleeping pattern which may start affecting your daily life, and your skin will look stretched and gaunt.

There is a lot more to looking younger than getting a facelift surgery or Botox. At the most basic level, it starts with taking care of your cells. 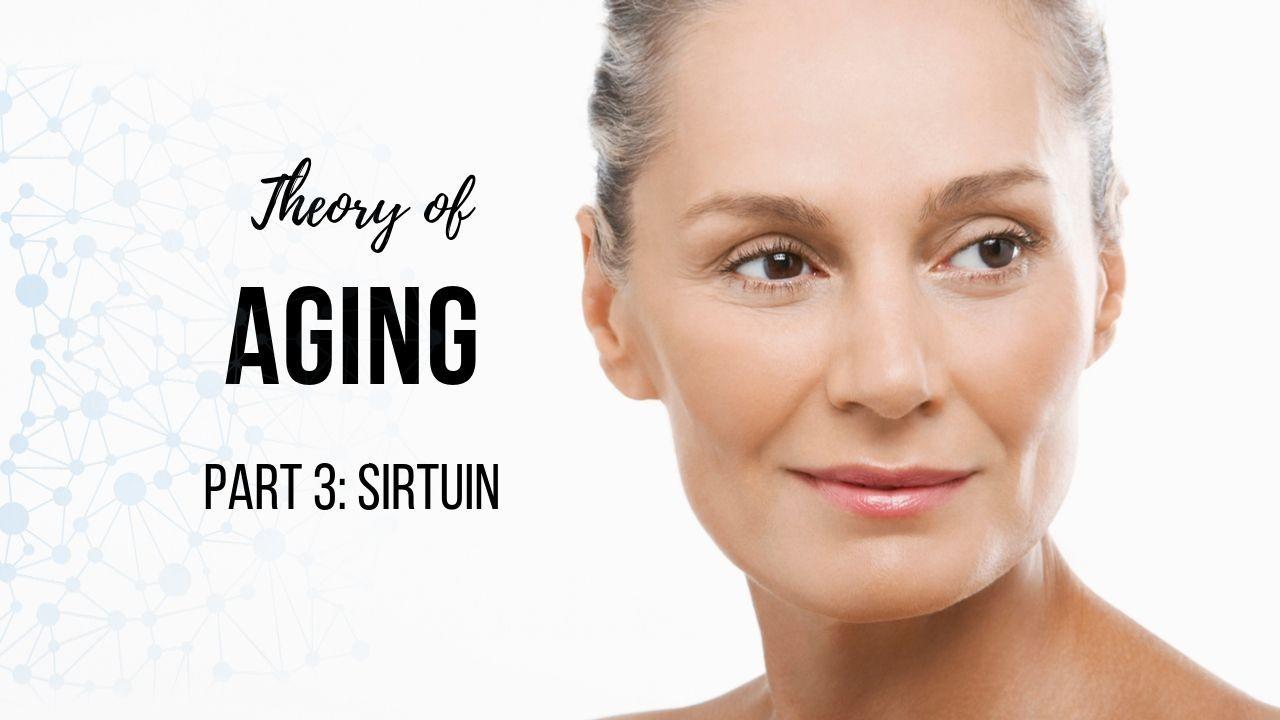 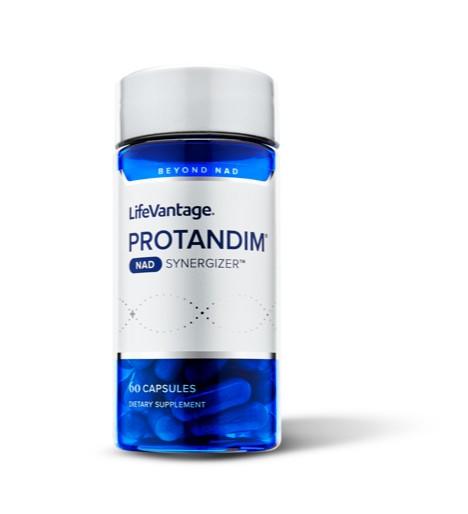 A healthy dose of sirtuin and NAD is what your body needs in sufficient amounts in order to continue to maintain the vitality of the cells, keep them young, which in turn promotes healthy aging in individuals.

Sirtuins are a group of seven proteins which play a very crucial role in determining the health of the cells in your body. They are found naturally in your body. However, the supply of NAD in your body is limited, and only reduces more and more as you age. Once the levels of NAD start declining, the amount of sirtuin that your body uses also starts to decline. Even though sirtuins try their best to keep your body afloat for as long as possible, their functions get very limitied without the presence of NAD to aid them.

Sirtuins are the body’s natural protein- the most common example of this is hemoglobin, which is responsible for carrying oxygen to all parts of your body. However, this is just one of the about 60,000 functions that proteins conduct in the human body. The also are essential in transcribing the DNA regularly, which essentially means removing any signs of damage in the DNA.

The Natural Way of Increasing NAD

When it comes to healthy aging, most people agree that going healthy and organic is the best way of ensuring that your body keeps running at optimal speeds. NAD is found naturally in nature through foods which are rich in Vitamin B3. These foods primarily consist of seafood and animal products, such as eggs, poultry, fish, and red meat. In addition, foods such as green beans are essential in keeping the level of Vitamin B3 high in our bodies, essentially promoting healthy aging and living. Moreover, this vitamin is also essential in reducing chances of heart attacks and cardiac arrests in people.

Vitamin B3 does not come without its disadvantages. Continuous consumption of this vitamin has had many people report a spike in their cholesterol levels. Too much Vitamin B3 can cause immense problems in people who are already suffering from liver, kidney, or blood pressure related issues. Even though this vitamin is perfect for everyone in moderate doses, problems occur because the average person is not generally aware where the ‘moderate’ limit stops. This often leads to people consuming much more than their body requires, thus causing more health issues in the process. 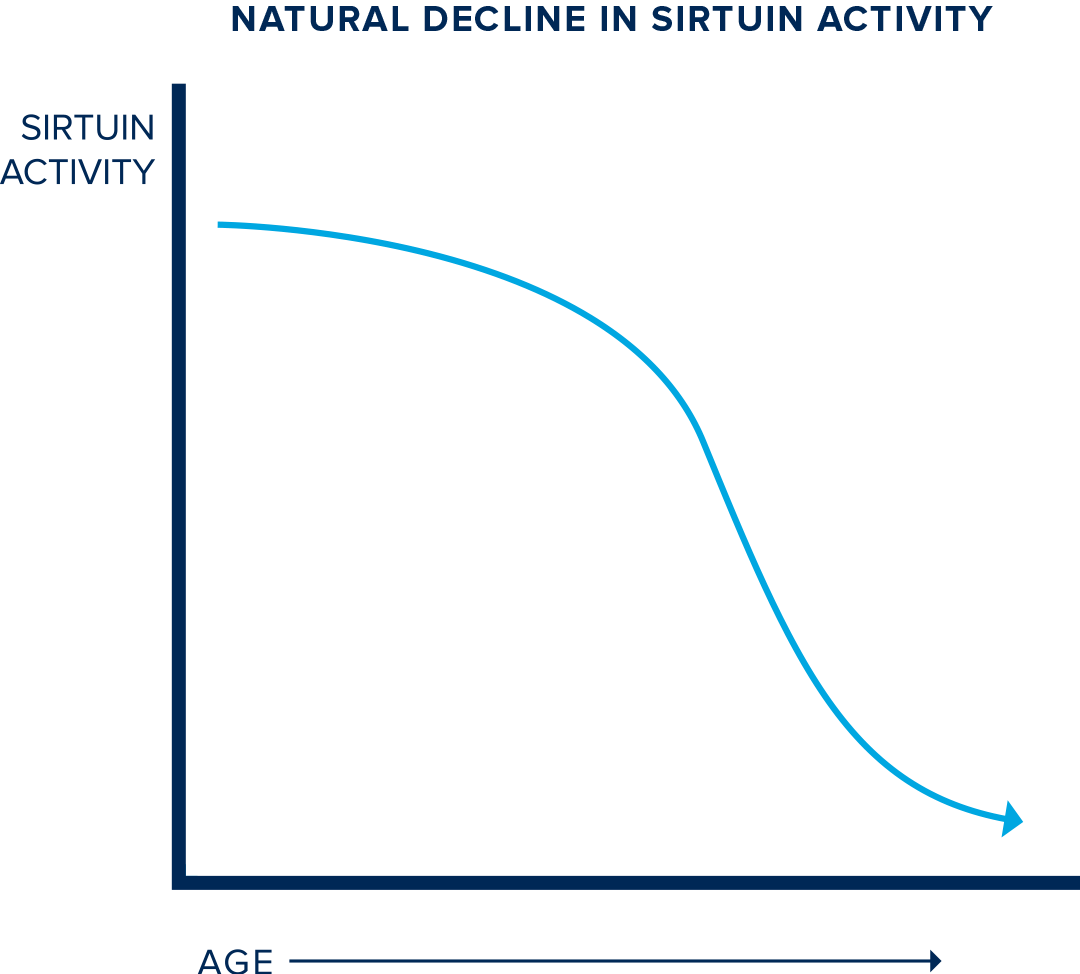 As we age the natural level of sirtuins decreases. 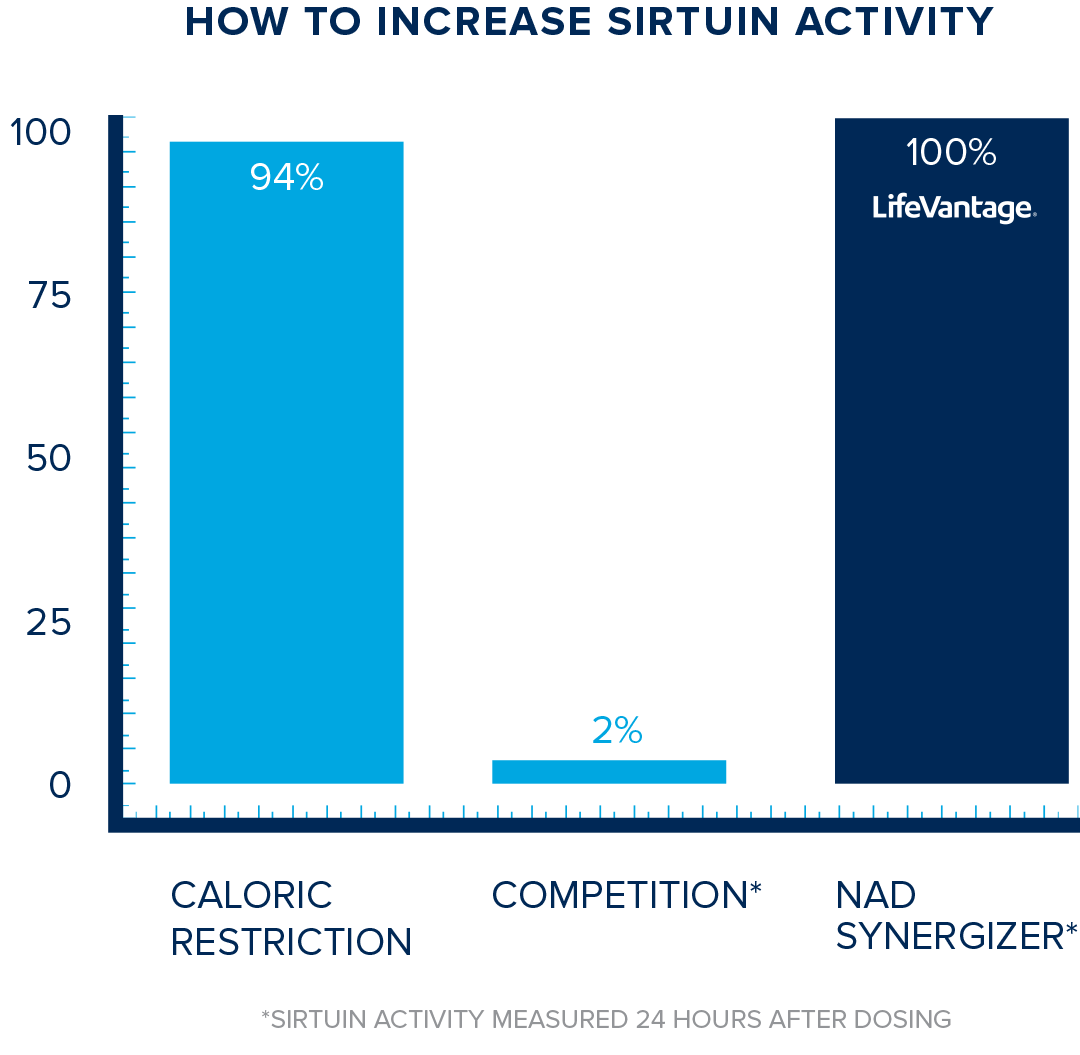 How To Increase Sirtuins

Nicotinamide Riboside (NR) is an especially unique ingredient found in our bodies, and has been touted to be a safe way to increase the levels of NAD in our body without the help of Vitamin B3. The reason why scientists are positive about NR working to increase the levels of NAD is because NR is the latter’s precursor. In molecules, precursors are those blocks which can be combined to make the end product. NR is the block from which NAD is made in our bodies.

NR is deemed to be extremely safe for everyone for everyone, since this product essentially forms the building block of our body. Thus, no one will have any adverse reactions to it, neither will they have any dietary restrictions opposing NR. In addition, a continuous supply of NR will ensure that signs of ageing in cells is kept at bay, with proper revitalization and repairing. This ensures that no matter your age, you will be at constant mental and physical peak, as your cells will be continuously provided with elements that sustain them.

A form of NR is already available in drug stores and can be bought over the counter. However, strides are still being taken in this direction, to further increase the effectiveness of NR and increase the lifespan of people around the world.

Other Ways of Increasing NAD

For a number of people, eating animal products may not be an option because of dietary restrictions. They usually intake Vitamin B3 in the form of supplements. There are two Vitamin B3 supplements which are available on the market today, namely Niacin and Nicotinamide.

For a number of years, Niacin was the only Vitamin B3 supplement which was available on the market. It was oft- recommended as the solution for high cholesterol issues. Its side effects include skin flushes, which last for hours at a time.

Nicotinamide is also a precursor of making NAD in the body. They are not as popular as Niacin because when ingested, they do tend to react negatively with sirtuins, which severely hamper the levels of cellular repair and molecular health in the body.
Apart from Vitamin B3 supplements, there are other ways of increasing NAD in the body naturally. These include Tryptophan and Nicotinamide Mononucleotide.

Tryptophan is an amino acid which also aids the body in making NAD. However, it is not very readily available, as the process which is used for making NAD from Tryptophan is drawn out and time consuming, making it very ineffective for mass production.

NMN is still being tested for its efficacy i producing NAD for the body. It is a nucleotide of nicotinaide and ribose, which makes it a likely candidate for showing positive results.

NR has been proven to be a more advanced version of Vitamin B3 supplements, performing all the duties of the latter but without any of its ill effects. In addition, it has also been shown to be more effective in successfully activating sirtuins. However, more tests are being conducted on several other nuclear precursors, which may be even more effective in producing NAD in the human body and providing a life for people which is not only long, but also extremely healthy.

Our bodies can also produce NAD naturally. However, this requires us to lead healthy lifestyles from our younger days, which includes ample exercise, having a healthy diet, and committing to fasts such as Keto or Intermittent Fasting. Unfortunately, our lives have become more lethargic than ever, with people preferring to order in fast food, rather than making a healthy meal from scratch. Unhealthy eating habits, drinking of alcohol, and eating too much food are some of the main reasons why NAD gets depleted in the body. This leads to problems later on in life with physical and mental health depleting rapidly.